VOTING PROCEDURES AND WHERE TO VOTE

Polling days for parliamentary elections are fixed for an election or the commencement of an election by the President acting on the advice of the Prime Minister, given after consultation with the Electoral Commission (EC) and the Principal Electoral Officer (PEO). For provincial (local government) and municipal elections, the date is equally set by the EC, but in consultation with the Minister of Internal Affairs.

Voting procedures are the same for national, provincial and municipal elections. Procedures for the opening of the polls include checking sensitive materials inside the ballot box, displaying the empty ballot box to all present, including polling officials, candidates or their agents, and electoral observers. The presiding officer then immediately locks the empty ballot box with two padlocks.

The polling clerk then hands a voting envelope and a “book” of ballot papers to the voter. The voter proceeds alone to the voting booth, where the voter records his vote by placing the ballot paper bearing the name and photograph and symbol of the chosen candidate into an envelope. The voter presents to the polling clerk who, without touching it, verifies that the voter tenders one envelope only. The voter then places the envelope in the ballot box. The polling clerk observes the disposal of the unused pages of the ballot book. Any person suffering from a physical disability, as well as older voters, may designate a person of their choice to accompany them into the voting booth.

Finally, the polling clerk stamps the voter card in the place marked “date of voting,” with the official government stamp, and adds the date and their initials in the space provided. The polling clerk inks the voter’s left thumb with indelible ink, and then returns the card to the voter, who departs the polling station. Voters are given one ballot paper for each candidate and one envelope, and they are to choose on ballot and place it in the envelope. 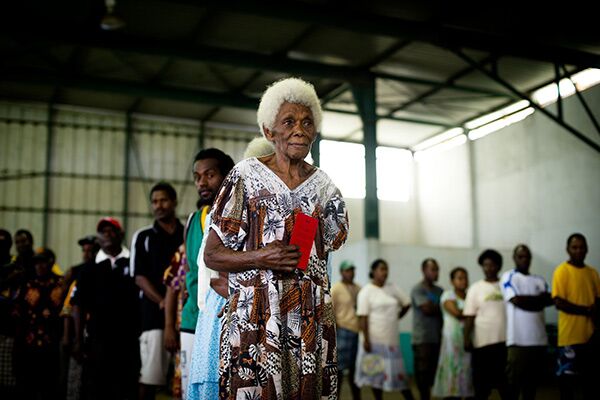 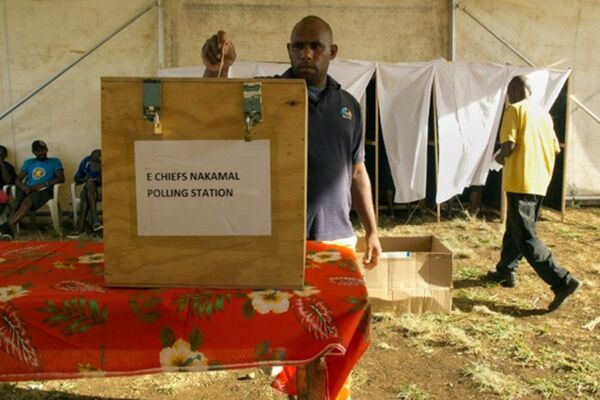 The law has provisions for proxy, allowing certain categories of voters who are unable to vote on polling day to vote nominate a proxy to vote in their name. The proxy must be enrolled in the same polling station as the applicant. No voter is allowed to cast a proxy vote for more than two voters.

Any eligible voter is allowed to apply for proxy voting if it can be demonstrated that he/she cannot vote at his/her designated polling station because of health, disability, old age, work outside polling district, and work or study overseas. Additionally, electoral officers working outside their designated polling district are also eligible for proxy voting. ide their constituency and are unable to vote at the polling station where they registered to vote, can also apply for proxy voting.

An applicant for proxy voting must fill the necessary form stipulated by law, and present proof of the reasons for not being able to vote at his allocated polling stations. Proxy applications close two weeks before polling day.

If the registration officer who receives an application for proxy voting is satisfied that the applicant is entitled to vote by proxy, and the person named as proxy is registered in the same roll as the applicant, he will inform the applicant and deliver by post or other means the completed proxy form and the applicant's voter card to the proxy named by the applicant.

The law allows for the EC, following a recommendation from the PEO and after consultations with the Prime Minister and the Ministry of Foreign Affairs, to designate one or more polling stations in a foreign country. Voting from abroad is only valid for national elections. In 2016, there was only one polling station abroad, in Noumea (New Caledonia). 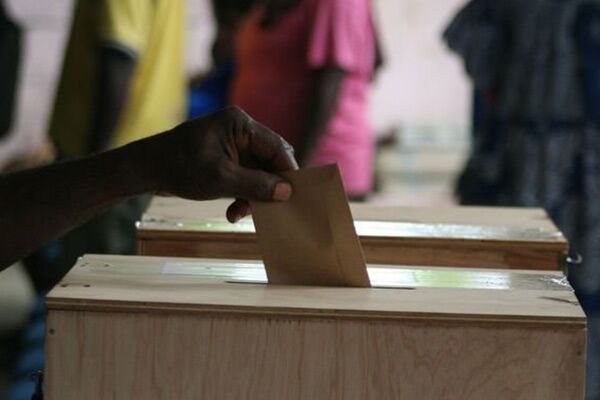