How are ballots counted

Following the official close of polls, the ballot box is opened and all envelopes are removed from the box. The presiding officer then takes the ballot papers from the envelopes and the ballots are sorted by candidate and invalid (‘void”). When all ballot papers have been sorted, they are counted for each candidate. The polling clerks record the number of votes cast for each candidate, and all invalid votes, on two tally sheets provided for that purpose. 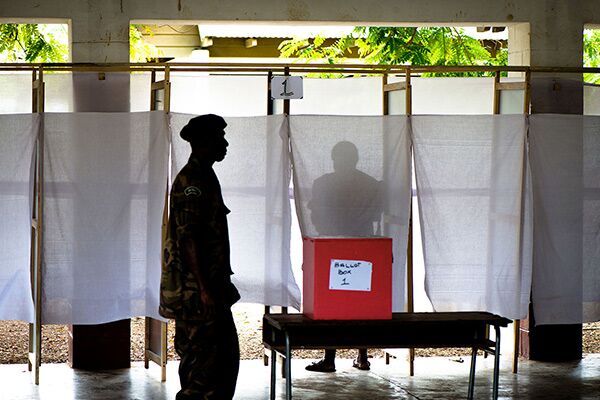 ANNOUNCEMENT AND PUBLICATION OF RESULTS

At the end of the count, the presiding officer declares counting of votes completed and formally announces the votes cast for each candidate in the polling station.

Both the report and the sealed packets (which are placed in the ballot boxes) are delivered to the registration officer responsible for the constituency. When a registration officer has received the ballot boxes with reports from the constituency’s polling stations, he ensures the ballot boxes are safely transferred to the EC headquarters in Port Vila. Tallying of results is done by the EC in Port Vila and, as soon as practicable, the EC announces the number of votes cast for each candidate in each constituency. The candidates with the highest number of votes win the corresponding seats and are declared elected.

As soon as practicable after the election, the EC ensures the results are circulated in each constituency as appropriate and published in the official Gazette.