Chapter 4 of the Constitution establishes the Electoral Commission (EC), as the most prominent electoral authority in the country. It is composed of a Chairman and two other members, who are appointed by the president for a term of ﬁve years on the advice of the Judicial Service Commission (JSC).

Following the passing of Mr. Martin James Tete on the 24 March 2020, the newly appointed chaiman of the electoral commision is Edward Kaltamat. The other two members of the EC are Linnes Moli Tarianga and Ps Shem Tema.

Article 20 of the Constitution speciﬁes the powers and functions of the EC to oversee the conduct of voter registration and various elections in the country; to announce the electoral results; to promote public awareness and the provision and development of information for voter education; to provide policy advice to the Minister of Internal Affairs, the government, the Parliament, and other departments and agencies; and to conduct research into electoral issues. The EC has the prerogative of adopting regulations which develop and interpret articles in the Constitution and the corresponding electoral laws.

The Electoral Commission is assisted by an executive secretariat, called the Vanuatu Electoral Ofﬁce (VEO), headed by the PEO. 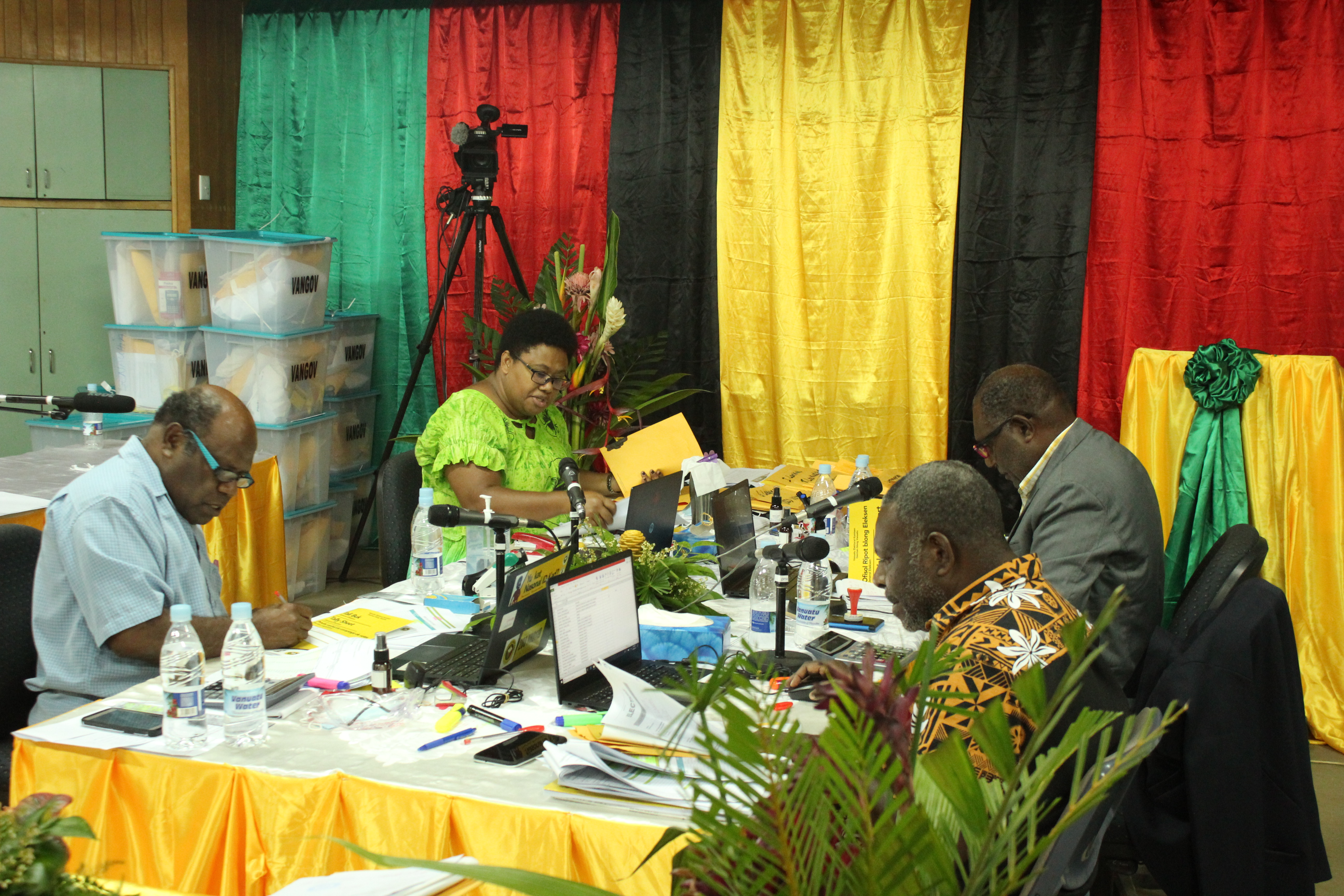